Welcome to my May news update with the pick of the most interesting stories in health and wellbeing over the last month. Please explore these new findings and be sure to share them with your friends, families and colleagues.

Brain fog: how trauma, uncertainty and isolation have affected our minds and memory

Before the pandemic, psychoanalyst Josh Cohen’s patients might come into his consulting room, lie down on the couch and talk about the traffic or the weather, or the rude person on the tube. Now they appear on his computer screen and tell him about brain fog. They talk with urgency of feeling unable to concentrate in meetings, to read, to follow intricately plotted television programmes. “There’s this sense of debilitation, of losing ordinary facility with everyday life; a forgetfulness and a kind of deskilling,” says Cohen, author of the self-help book How to Live. What to Do. 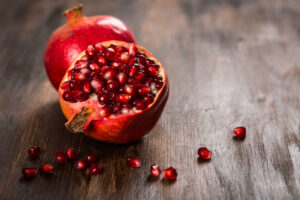 Pomegranate, with its characteristic red arils, is small but mighty when it comes to substantial benefits to your health as a superfood. Pomegranate has been called an antioxidant superstar. In fact, researchers have confirmed that pomegranate has three times the antioxidant power of red wine and green tea. The antioxidant impact in pomegranate comes from compounds known as polyphenols.

Read an extract from this Green Med Info Article 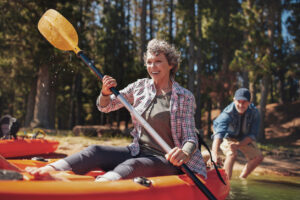 A number of studies and systematic reviews on complementary health approaches for menopausal symptoms have been published. There is limited evidence on the effects of mind and body practices for menopausal symptoms, but a few hold promise. Scientists have found little evidence that natural products, such as herbs and other dietary supplements, are helpful. The long-term safety of phytoestrogens such as soy, red clover, and flaxseed, has not been established.

Read the full WHO article

New WHO Global Compact to speed up action to tackle diabetes

The World Health Organization’s  new Global Diabetes Compact aims to bring a much-needed boost to efforts to prevent diabetes and bring treatment to all who need it  ̶  100 years after the discovery of insulin. The Compact is being launched today at the Global Diabetes Summit, which is co-hosted by WHO and the Government of Canada, with the support of the University of Toronto. During the event, the President of Kenya will join the Prime Ministers of Fiji, Norway and Singapore; the WHO Global Ambassador for Noncommunicable Diseases and Injuries, Michael R. Bloomberg; and ministers of health from a number of countries as well as diabetes experts and people living with diabetes, to highlight the ways in which they will support this new collaborative effort.

How the energy industry impacts the environment 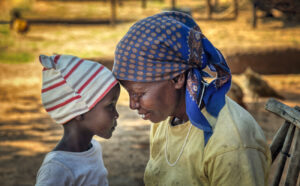 In Texas, the energy industry plays an important role, particularly when it comes to green energy. Because of the prominence coal, oil, and renewable energy play in the Lone Star State, concerns over CO2 emission levels are equally important. Burning fossil fuels and producing cement account for about two-thirds of all carbon dioxide (CO2) and industrial methane released into the atmosphere since 1854. Although the U.S. has cut more CO2 emissions than any other nation and is on pace to meet a 2009 pledge to reduce CO2 emissions by 17% (from 2005 levels) this year, global carbon dioxide emissions have still reached the highest point in human history.

A major new collaborative effort, the Global Breast Cancer Initiative, is being introduced today by the World Health Organization, with the objective of reducing global breast cancer mortality by 2.5% per year until 2040, thereby averting an estimated 2.5 million deaths.  In recognition of International Women’s Day, WHO is hosting an advocacy event “Hearing the call of women with breast cancer” during which the new Initiative will be presented to the global cancer community.

To see lots more exciting news and evidence go to www.health-e-learning.org.uk and see the health-e-information platform.